MOBILE, AL (WALA) – Mobile has been waiting a long time for the first Airbus plane to roll off the assembly line and take flight. Now, that time has come.

The A321 will set out on its maiden flight Monday, March 21, where it will go through tests passengers would never experience during a normal flight. “It has an extra excitement about it because it’s the first one and it’s the first one from Mobile,” said Mark McCullins, Chief Test Pilot-FAL Mobile. “In terms of the actual flight itself, for us it’s a very well-known profile. It’s a very well-known performance. But certainly to have the first one built here in United States is very special.”

Friday, FOX10 News crews met the test pilots for A321’s maiden flight. This is the first Airbus plane that has been built in the United States, right here in Mobile. The Head of Production Flight Test, Thierry Cros, said folks across the globe have their ey 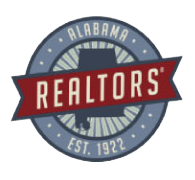